I’ve got my army all painted up for our little local tournament in Nagoya next month – the 1500-point Gryphonne Crusade, fully FAQ compliant and everything.

The core is a Battalion from the Scythes of the Emperor: The Captain and one of his Lieutenants, two squads of Intercessors and one of Scouts, a Redemptor and an Ironclad. 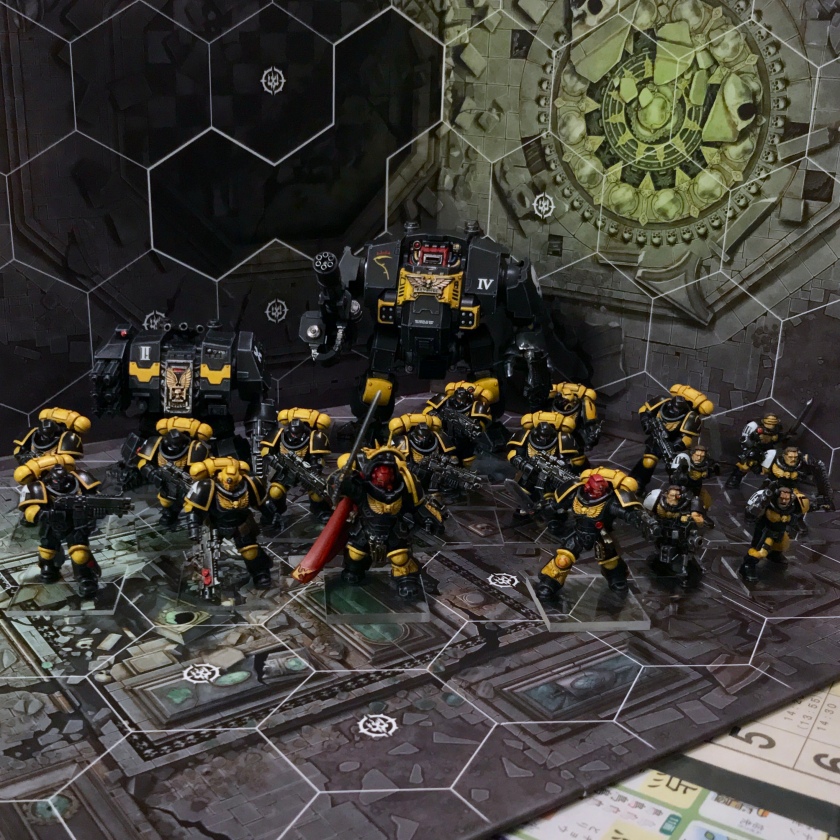 Intercessors are always solid, and the Captain plus the two Dreads, while they’ll have to walk across the field to punch the enemy, will be a real handful once they do.

They’re supported by a Patrol of Gryphonne IV Remnants: the Domina, a squad of Rangers with Arquebusiers, a squad of Vanguard with just radium carbines, and of course the Dunecrawler. 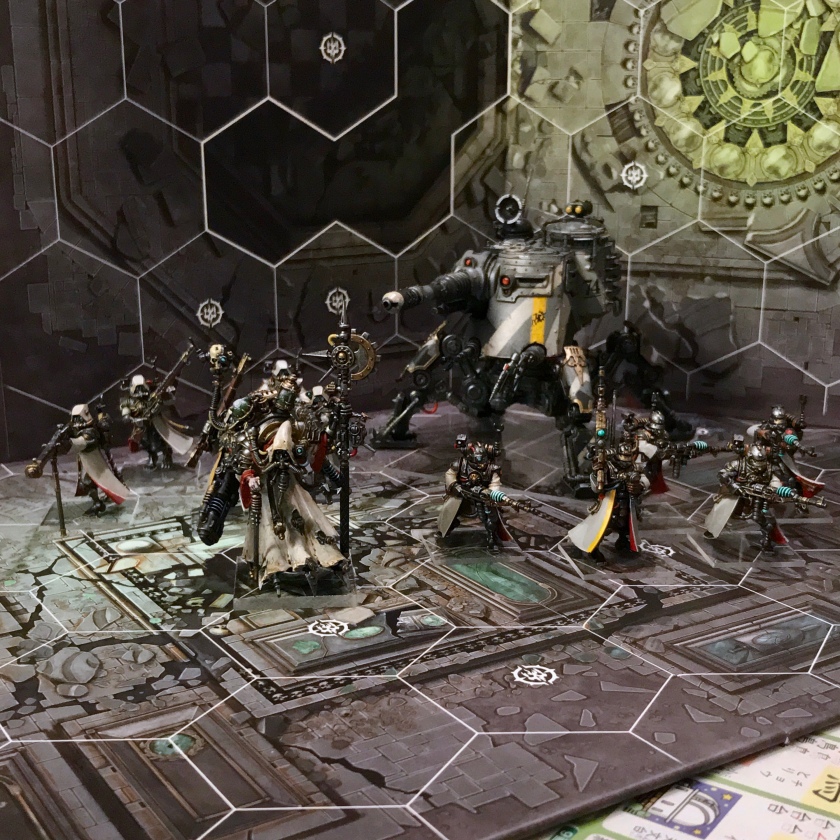 The Dunecrawler (and its neutron laser) is really the star of the show here, although the snipers are always a pain. The Vanguards are basically along because I had the points to spare, although for their points they have an impressive threat range and put out a lot of firepower.

(We need to say the lasguns are an unusual pattern of hotshot lasgun, since Acolytes’ wargear choices are weirdly limited that way.) Really just an Inquisitor / Daemonhost delivery system, although as I say the lascannons help shore up a fairly weak AT game in the army as a whole.

The whole army has a respectable 9 CP which in the past has been just about right, and since I’ll be taking the Domina as the Warlord with the CP-recovery trait, I should have enough to be safe. I think it’ll be solid – there’s really nothing flashy in here, just a solid core of troops with boring-but-reliable armor in support, plus the Inquisitor basically just for fun. We’ll see how it performs on the field!

I'm an American who has been living (and gaming) in Japan since the mid-90s. View all posts by chubugamer

This is a text widget, which allows you to add text or HTML to your sidebar. You can use them to display text, links, images, HTML, or a combination of these. Edit them in the Widget section of the Customizer.
%d bloggers like this: