A pretty dull update visually – did the black on 5 guys. 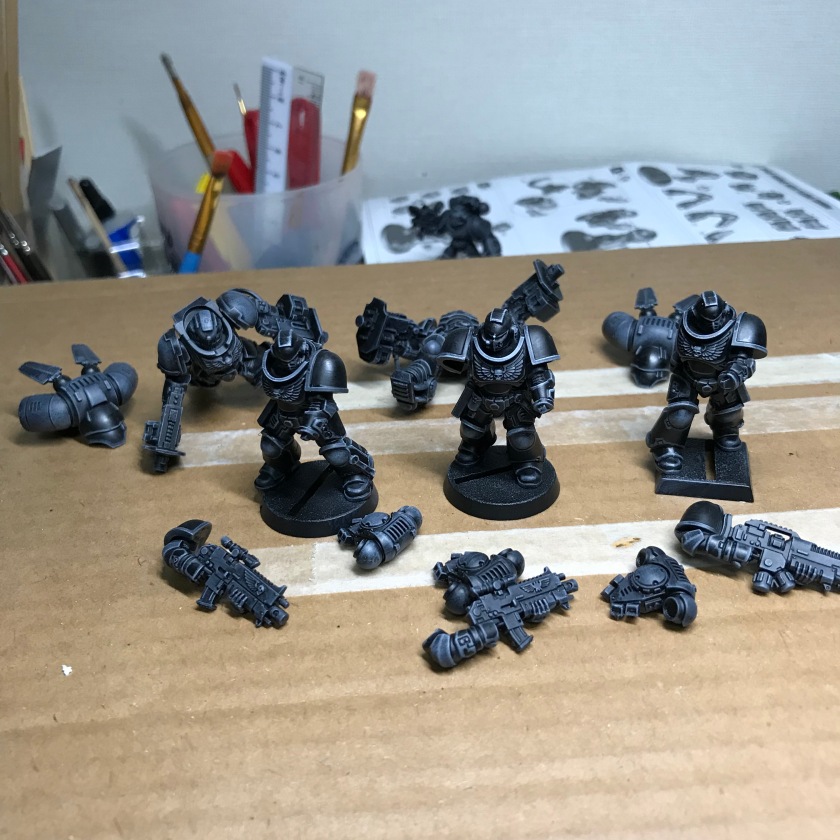 I did 5 because the next “batch” after this includes the captain, an impressive character model who deserves some individual attention, so I’m going to try to do these 5 guys in a single group – like I said yesterday, the next step (yellow) is where I give myself about even odds of losing it and splitting them up into 2 groups, but I’m’a give it a shot at least.

Also tomorrow I’m going out for beers after work, so my update may be a content-thin “technically I put paint to mini” type thing – probably putting the gray down on the captain since heavy drybrushing is hard to screw up.

I'm an American who has been living (and gaming) in Japan since the mid-90s. View all posts by chubugamer

This is a text widget, which allows you to add text or HTML to your sidebar. You can use them to display text, links, images, HTML, or a combination of these. Edit them in the Widget section of the Customizer.
%d bloggers like this: